Praying to the Holy Trinity The revealed dogma of the Holy Trinity is the foundation of our Christian life. This is not a teaching that has been invented by men. It is beyond our comprehension and depends on what this Trinitarian God has shown us about himself. The religions of men insist on an absolute oneness in their god in […]

Do not use vain repetitions

When our Lord Jesus was about to teach his disciples how to pray in the words that begin, Our Father… he warned them, do not use vain repetitions, as it is translated in the New King James version of the New Testament. (Matthew 6:7). This often seems rather an embarrassing verse for Orthodox Christians, since […]

There is something attractive about the idea of reincarnation. It seems to suggest that if you make a mistake in this life, or don’t make much of an effort, there is always another life to have another go. It doesn’t seem that too much is required of us. We don’t have to commit ourselves to […]

There are over seven billion people crowded more or less closely together on this world. About two billion consider themselves to be followers of Jesus Christ in one way or another. Of these two billion only perhaps 350 million at most belong to the Eastern and Oriental Orthodox churches. Among the non-Orthodox the Catholic community […]

Not of this world!

It is easy to be anxious and to give way to despair when we consider the state of the world. We experience life as Christians in our contemporary Western culture as being more difficult and more complicated than it was even in past decades. How can we preserve aspects of Christian thinking and practice in […]

Am I a Toxic Christian and what can I do about it?!

We are all aware that some people can be toxic to be around. They have a negative effect on us, even when we are doing something that is supposed to be fun. We always end up feeling worse about ourselves when we have been in their company. Toxic people can appear to be popular and […]

When the Virgin Mary appeared in England

In 1061, almost 1000 years ago, and some years before the Norman Conquest of England, a noble widow lived in the small town of Walsingham. Her name was Rychold, and she was a devout and godly woman. She prayed, asking the Virgin Mary to guide her into some good work that she could perform out […] 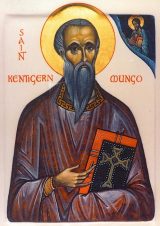 Among the missionary saints and bishops of the British Isles, St Kentigern stands as one of the most important. During the sixth century, and to the beginning of the seventh century, he was busy bringing the Christian faith to many tribes and peoples across the North and West of England. He is one of the […]

The Coptic Pilgrims of the Wirral 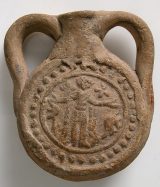 In the museum at Norton Priory, just outside Runcorn, there is an important and visible reminder of the ancient connections between Britain and Egypt. The monastery houses a collection of pilgrim tokens, and among them is a pilgrim flask from the monastery and shrine of St Mena in Egypt. It can easily be recognised by […]

What do we mean by Orthodox?

We must ask what we mean by the word Orthodox. Of course we now that it is made up of the Greek words ortho – having a sense of right, and doxa – having the sense of both glory and worship. But as a word in Greek it has the sense of being a correct […]